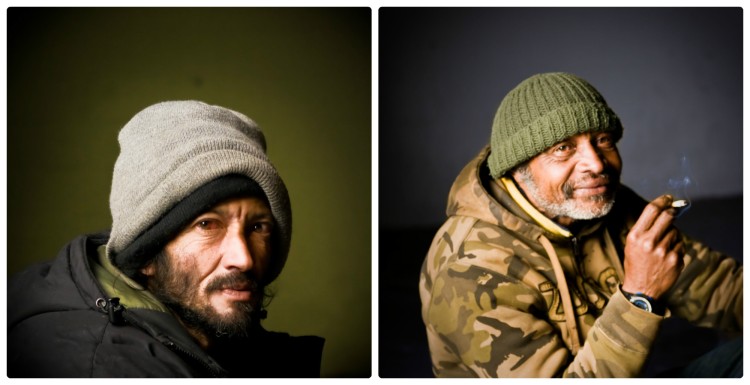 Johnny “Change Bro” Romero and his trusty sidekick Morris are Albuquerque’s most loved and possibly most abused homeless people.  They both belong to the mushy half-rotten, half-flowering core of the city’s morbid and mysterious charm, its true essence. So many generations of young people around the University and surrounding neighborhoods have loved and cared for these two, while many others have assaulted them.  Local business owners have also loved and hated them, as they tend to attract the penniless bleeding hearts and scare away the monied middle classes unaccustomed to the smell of sweat and rot on a man.  The police have arrested them countless times, always for trespassing—that is, wherever they find a nook or cranny in which to sleep—and have on many occasions beaten them.  Other homeless people, particularly those with drug and alcohol addictions or more aggressive manifestations of mental illness, have beaten them and stolen their coins, clothes, and sleeping bags numerous times.  Johnny once had a stack of hand-written journals stolen and trashed while in jail.  He has not written since.  Just recently he qualified to receive $700.00 per month for disability.  ”They say I’m mentally ill,” he smirks somewhat angrily.  ”It’s not true, though.  I’m not mentally ill.”

Unlike Johnny, Morris clearly suffers from mental illness, but it is of the most docile and friendly kind.  Morris is a glowing orbit of love, tormented deeply though he may very well be.